We are a lucky town, you know.  The Matthews is honored to have the Dana Leong Trio live on stage, Thursday, March 19, 2015.  This is another of our outstanding Subscription Series events for the 2014-15 season.  Tickets are also available individually for $25 adults and $10 youth & BHSU students.

A beautiful sampling of the music that will grace our stage.

Dana states that his career started when he first picked up the cello in third grade, and then the trombone a year later. “I tried to use my knowledge of both instruments to complete each other’s spectrums,” Leong says, explaining that as he progressed in his musical training, he taught himself to apply jazz techniques to the cello and classical techniques to the trombone. The study of two different instruments laid the foundation for a career that would revolve around “cross-pollination” between different instruments and genres.

While still in high school, Leong expanded his repertoire to include pop, R&B, and electronic music, backing big-name artists such as Whitney Houston, Barry White, and Björk, when they made tour stops on the West Coast. It was the opportunity to be hired for those sorts of jobs that encouraged Leong to join the AFM. “One of my first music teachers was one of the top contractors in the Bay area, so when visiting artists needed a big brass section or big string section, I started getting those calls,” he remembers. “Basically, as soon as we were old enough to drive, my brother [who plays violin and trumpet] and I would travel around to play all sorts of shows.”

We have the poster below in both 11″x17″ and 8.5″ x 14″ sizes.  If any business would like to have one to promote the concert, just send an email to [email protected]  If you’re within a 30 mile radius, we’ll be glad to drop some off. 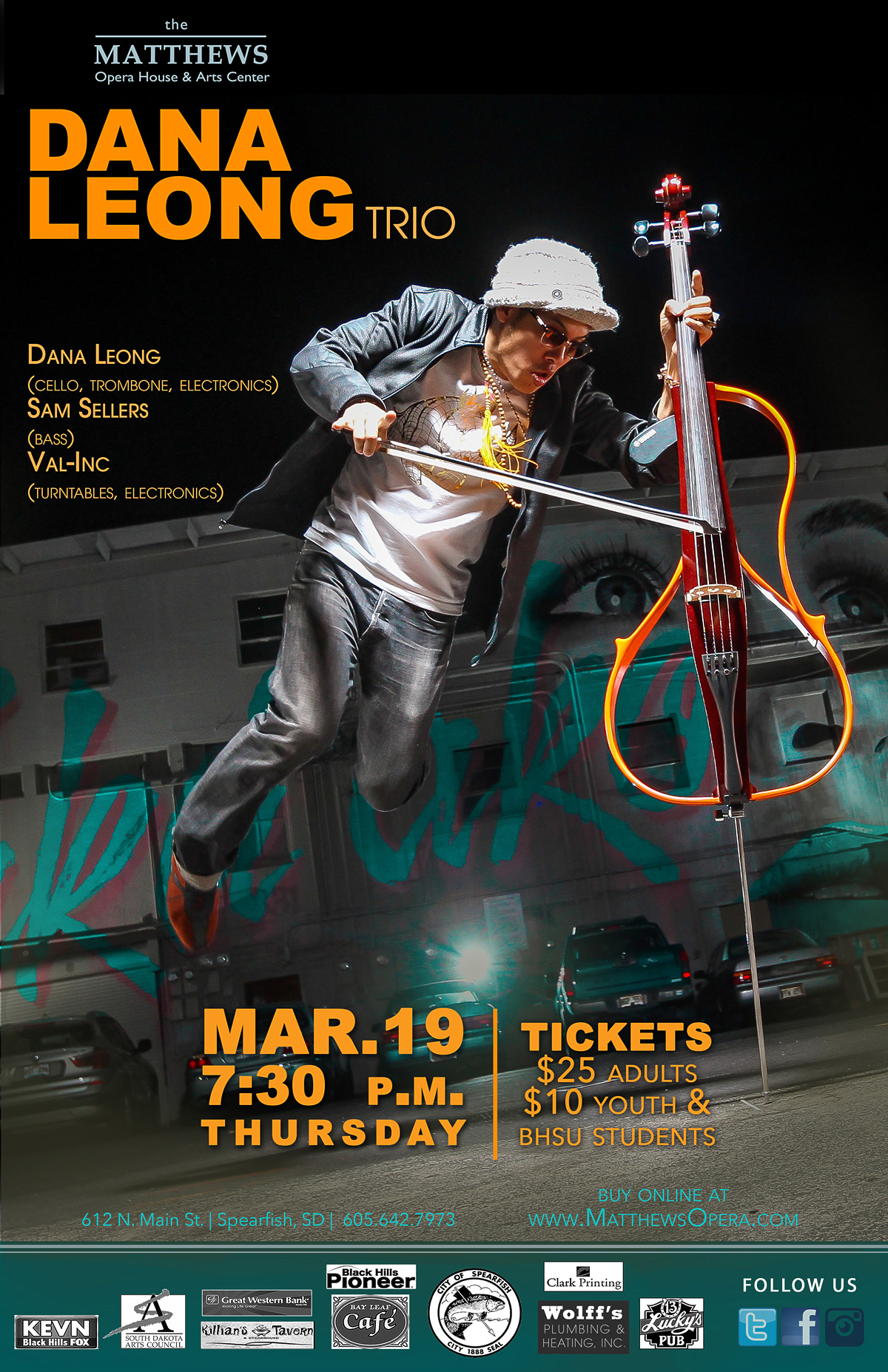