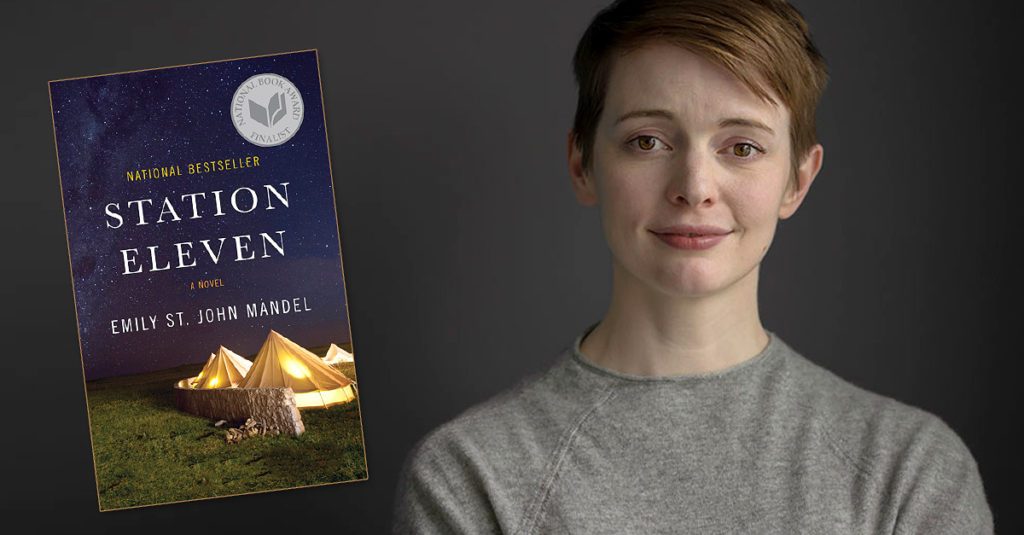 Emily St. John Mandel (her middle name, St. John, was her grandmother’s surname) was born on Vancouver Island and raised mostly on Denman Island, an island off the coast of British Columbia, Canada. Mandel’s father emigrated from the U.S. and worked on the island as a plumber; her Canadian mother works for an organization that assists victims of domestic violence and is active in the labor movement. Both loved to read and for no reason other than to provide the best education they could, they homeschooled Mandel, encouraging her to write every day. “Although I grew up in a very working-class household, there was a tremendous emphasis on books,” she told the Columbia Daily Tribune. “We had a lot of books in the house and went to the library all the time… I read voraciously.” Like many teenagers, she also watched television. The island only had two channels, so options were limited, which meant she watched a fair amount of Star Trek: Voyager. It’s where she first heard Seven of Nine say “survival is insufficient” in an episode in 1999 — a phrase she wholeheartedly believes and that readers can find on the side of the traveling group’s caravan in Station Eleven.

At the age of 18, she left home to study dance at The School of Toronto Dance Theatre and worked with a number of independent choreographers after graduation. “There was a slow process of going from thinking of myself as a dancer who sometimes wrote, to a writer who sometimes danced, to just thinking of myself as a writer,” she told The Rumpus. While that process was occurring, Mandel moved from Toronto to New York to Montreal and back to New York in less than a year. “There have been times in my life when I’ve had to decide to pay the rent or buy groceries,” she told Publishers Weekly. “I had a job in Montreal where I had to unload a truck at 7 a.m. in the winter.”

Mandel settled in New York and wrote, working part-time as an administrative assistant at a cancer research lab at a university to pay the bills. Her agent found the manuscript for her first novel, Last Night in Montreal (2009), in a slush pile and shopped it around to editors for almost three years before Unbridled Books picked it up. Like many small presses that nurture talented writers overlooked by commercial houses and help them get discovered, Unbridled Books went on to publish two more of her critically acclaimed novels in the genre of literary noir: The Singer’s Gun (2010), about a young man trying to remake himself after growing up in a family of criminals, and The Lola Quartet (2012), a jazz-infused mystery about a man searching for an old girlfriend and a daughter who might be his.

In 2014, Mandel published Station Eleven, her fourth novel, with Knopf and her writing career took off at rocket speed. The novel won the Arthur C. Clarke Award, was a finalist for the National Book Award and PEN/Faulkner Award, was an Amazon Best Book of the Month, was named one of the best books of the year by more than a dozen publications and has been translated into 27 languages. In less than two years, she has participated in more than 125 book tour events in seven countries. “I was thinking of the way the tour had begun to mirror the book; we traveled endlessly, my fictional characters and I, afraid of violence and sustained by our art, exhausted and exhilarated in equal measure, and the costs were not insignificant but we’d chosen this life,” she wrote in an essay for Humanities Magazine about touring during a year when news reports were filled with relentless gun violence. “But every day of the tour … I met people who cared about life, about civilization, about books, and by the end of the tour this seemed to me to be a reasonable antidote to despair.” As is, she will tell you, heading back home to her husband and daughter and office where she writes.

LEARN MORE about the 2019 Big Read 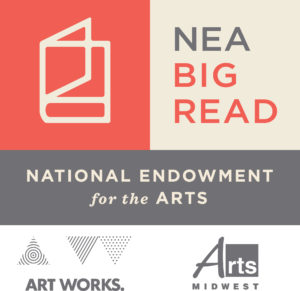 NEA Big Read is a program of the National Endowment for the Arts in partnership with Arts Midwest.