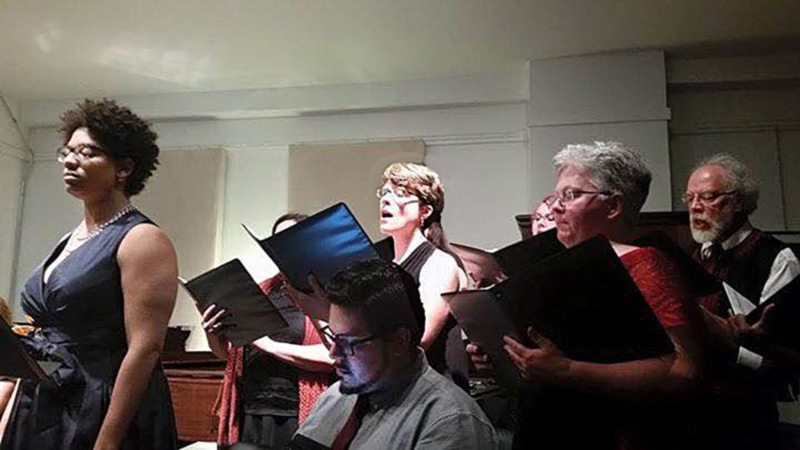 Dameun Strange wanted to tell the untold story of Alberta Williams King. So, he composed a contemporary opera telling her story as an activist and mother of Martin Luther King, Jr.  “Mother King” is performed by 15 very talented vocalists and musicians at 7:30 p.m., Friday, Mar. 24, 2017.  This concert is the fourth event in our 2016-17 Subscription Series Season.

Individual tickets go on sale to the general public Sept. 1, 2016.

BUY TICKETS
Tickets:
$25 for Adults
$10 for Youth and BHSU students 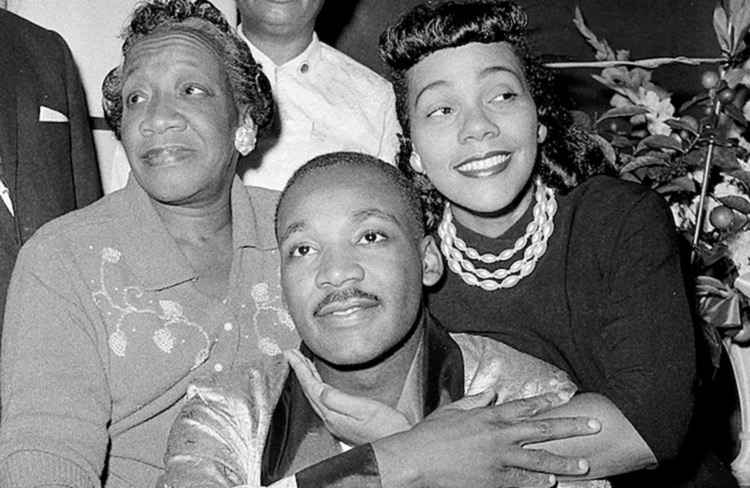 Alberta Christine Williams was born on September 13, 1904, to Reverend Adam Daniel Williams, at the time pastor of the Ebenezer Baptist Church in Atlanta, Georgia, and Jennie Celeste (Parks) Williams. Alberta Williams graduated from high school at the Spelman Seminary, and earned a teaching certificate at the Hampton Normal and Industrial Institute (now Hampton University) in 1924.

Williams met Michael King just before entering Hampton. They were married on Thanksgiving Day in 1926.

Alberta King worked hard to instill self-respect into her children. In an essay he wrote at Crozer Seminary, Martin Luther King Jr., who was always close to her, wrote that she “was behind the scenes setting forth those motherly cares, the lack of which leaves a missing link in life.”

She was a talented musician who served as the choir organist and director at Ebenezer Baptist Church, which may have contributed to the respect her son had for the Black arts. By the end of this period, Martin Luther King Sr. and Jr. were joint pastors of the church.

Alberta King was shot and killed on June 30, 1974, at age 69 by Marcus Wayne Chenault, a 23-year-old black man from Ohio, as she sat at the organ of the Ebenezer Baptist Church. Chenault stated that he shot King because “all Christians are my enemies,” and claimed that he had decided that black ministers were a menace to black people. He said his original target had been Martin Luther King, Sr., but he had decided to shoot his wife instead because she was close to him. One of the church’s deacons, Edward Boykin, was also killed in the attack, and a woman was wounded.

Dameun Strange is an award-winning composer and a Ron McKinley Philanthropy Fellow who is currently part of the Bush Foundation’s Community Innovation Team. Well known as an artist, activist and organizer, Dameun was born and raised in Washington, DC where he got his start in high school advocating for the homeless, neighborhood safety and statehood for the District of Columbia. Dameun has worked locally for such organizations as ACORN, MN UNITED, Grassroots Solutions, and Neighborhood Organizing for Change to organize around voting rights, arts advocacy, LGBTQ rights, issues of equity and inclusion, and dismantling racism.

Dameun is driven by two desires. As an artist, he is driven to create, to innovate, to build something meaningful and that gives people pause. He has a desire to reach deep within himself and pull out something raw and honest. As an organizer, Dameun is driven to bring people together, to find commonalities between communities, to build bridges—to find the soul of the community and illuminate it, building on assets for a strong future.

Dameun’s life as a performer and composer fuels the creative theorizing and provokes important directions in his musical activities. In broad terms, his work questions the relationship between experimentalism and cultural/social identity and focuses on American, African American, and African diasporic music. Rooted in theory, musicology, and ethnomusicology, he has strong interdisciplinary interests; his work draws on folklore, storytelling, building sustainable communities, race theory and cultural studies. Most of his work fits snugly within the field of art composition, electronic, and improvised music studies.