“America has a patchwork culture made of the dreams and songs of all its people.” – Alan Lomax

American Patchwork Quartet (APQ) draws on a repertoire of centuries-old American folk songs that highlight America’s immigrant roots. They showcase America’s dynamic present by combining the diverse talents of four U.S. citizens, each with a unique cultural background. In this group, old songs are made new through creative arrangements that highlight the exceptional and well-honed skills of each member.

APQ performances strive to counter pervasive prejudices around the issues of race and immigration. In order to help strengthen our country’s social fabric, APQ desires that its audiences reflect on the notion that as Americans we must acknowledge our differences to discover our commonalities. We must recognize the realities of racism and prejudice in order to build authentic and lasting bonds across cultures and color lines. While we are not responsible for our country’s past, we are accountable for its future.

Clay Ross is a Grammy Award winning artist and the founder of the Billboard chart topping band Ranky Tanky. A native of South Carolina, Ross moved to NYC in 2002 and has since collaborated with artists as diverse as Gregory Porter, Cyro Baptista, Snarky Puppy, and Bobby McFerrin. Winning multiple grants through the U.S. State Department, he has toured worldwide in over 30 countries as a Cultural Ambassador.

“Clay Ross is a very deft guitarist with a rich vocabulary of folk, blues, and jazz at his disposal.” – Wall Street Journal

Falu Shahis a Grammy Award nominated artist known for her rare ability to seamlessly blend western styles with a formidable vocal talent shaped by years of rigorous study in the Jaipur classical musical tradition of her native Bombay, India. Falu moved to the United States in 2000 and her subsequent career has led to a series of high profile collaborations with Yo-Yo Ma, Wyclef Jean, Philip Glass, Ricky Martin, Blues Traveler, A. R. Rahman, and more. Falu has been named one of the 20 most influential global Indian women by the Economic Times of India and won the Women Icons of India award in Mumbai. She has also performed for President Obama in the White House.

Clarence Penn is a three-time Grammy Award-winning artist, one of the most sought after drummers in the world, a leader of multiple bands, a composer, a prolific producer, and an educator. Since 1991, when he arrived in New York City, Penn has placed his unique blend of mega-chops, keen intellect, and heady musicianship at the service of a staggering array of A-list artists including Wynton Marsalis, Betty Carter, Stanley Clarke, Michael Brecker, Dave Douglas, and Fourplay.

Yasushi Nakamura is one of the most commanding voices on bass today. Born in Tokyo, he moved to the United States at age nine and considers both places home. Nakamura received a BA in Jazz Performance from Berklee School of Music and was awarded a full scholarship to Juilliard. In 2016, Nakamura release his first album “A Lifetime Treasure” and in 2017 his second album “Hometown,” was awarded “Album of the Year” in JazzLife magazine.

Yasushi Nakamura is one of the most commanding voices on bass today.” – Jazz-Blues.com 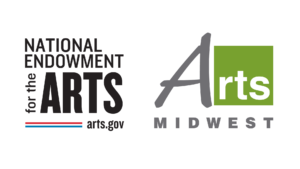 This engagement is supported by the Arts Midwest Touring Fund, a program of Arts Midwest that is funded by the National Endowment for the Arts, with additional contributions from the South Dakota Arts Council and the Crane Group.