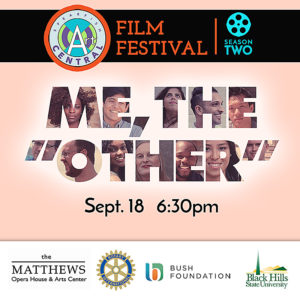 “Me, the “Other” is a documentary film about a diverse group of twelve students from diverse backgrounds (ethnic, racial, religious, and sexual orientation) living on the frontlines of prejudice by asking the questions we don’t discuss in classrooms, workplaces, and social places. Through their struggles and accomplishments, we find ourselves in each of them. Otherness’ is never one thing. The film is the centerpiece of a platform for creating conversations about what connects us and what keeps us apart.