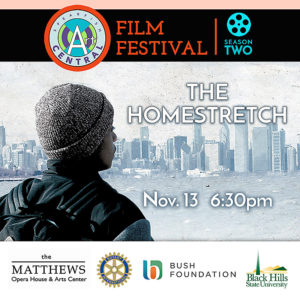 “The Homestretch” follows three homeless teens as they fight to stay in school, graduate, and build a future. Each of these smart, ambitious teenagers – Kasey, Anthony, and Roque – will surprise, inspire, and challenge audiences to rethink stereotypes of homelessness as they work to complete their education while facing the trauma of being alone and abandoned at an early age.