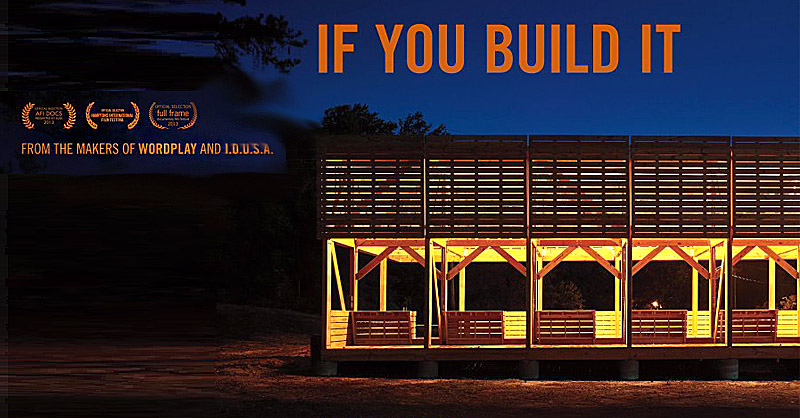 “If You Build It” follows designer-activists Emily Pilloton and Matthew Miller to rural Bertie County, the poorest in North Carolina. They work with local high school students to help transform both their community and their lives. Living on credit and grant money and fighting a change-resistant school board, Pilloton and Miller lead their students through a year-long, full-scale design and build a project that does much more than just teach basic construction skills. It shows ten teenagers the power of design-thinking to re-invent not just their town but their own sense of what’s possible. DISCUSSION follows the movie until approximately 5 p.m.