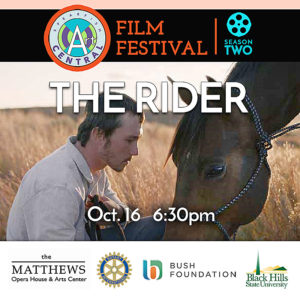 DISCUSSION follows the movie until approximately 9 p.m. Whitney Jandreau, who is a BHSU grad and the sister of Brady Jandreau (the star of the film), as well as Tim Jandreau (Brady’s uncle) will be speaking.