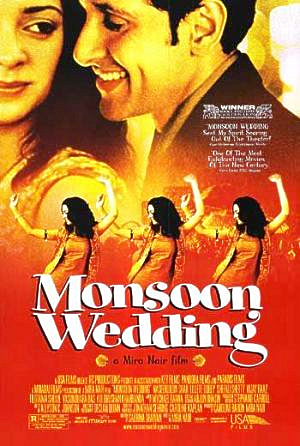 With English subtitles.
Following up on her controversial erotic drama Kama Sutra: A Tale of Love, Mira Nair directs this charming family drama about a very chaotic Indian wedding. Lalit Verma is a wealthy father who is trying to see that his daughter Aditi’s wedding goes off without a hitch. Though familiar with Western ways, he has little patience with them and is dead set on seeing the nuptials done properly and traditionally. Disillusioned with her long time relationship with Vikram — a man who is almost twice her age — Aditi suddenly agrees to submit to an arranged marriage with Hemant, an engineer from Houston. Yet as the ceremony nears, she gets cold feet and returns to see her former lover — even though it could spell disaster for everyone involved. Meanwhile, Aditi’s comely 17-year-old cousin Ayesha is coming to terms with her blossoming sexuality and has her sights set on Rahul, another relative who is a college student in Australia. Then there is Rai — also Aditi’s cousin — who has a shocking revelation to make.