The Matthews Opera House & Arts Center is excited to announce that vocal illusionist Lynn Trefzger is bringing her hilarious friends to life for a one-night-only performance on the Matthews stage Sunday, December 4 at 2 pm! Please join us for this special presentation that will leave you in stitches! 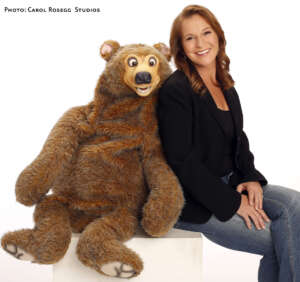 Have you ever had a childhood hobby that got out of hand? That explains Lynn Trefzger’s start as a ventriloquist/comedienne. For over 25 years, Lynn has given life to a trunk full of comical characters. She has performed for family audiences worldwide. Lynn is Disney Entertainment’s favorite ventriloquist. Audiences are treated to Lynn’s vocal illusion talents when they meet a drunken but lovable camel, a cantankerous old man, a feisty little girl, and you may even see some other audience members who are brought up to the stage for the action! Lynn’s show is spontaneously funny, no two shows are alike! Her performances are tailored for both family and adult audiences. Lynn and her many voices were first brought to national audiences on TV’s popular “Star Search”, since then she has performed on TNN, VH-1, Lifetime, and Comedy Central. She received the “People’s Choice Award” from OAPN and has received The American Comedy Award, NACA Variety Entertainer of the Year and ACPA Comedy Entertainer of the Year. She is featured in the comedy/documentary, “I’m No Dummy” produced by NBC Universal. This whimsical and insightful hit comedy doc about ventriloquism examines the world of “venting”, illustrating that this perceived novelty act is an extraordinary art form. Starring alongside veteran ventriloquists, Tony Award® winner Jay Johnson of sitcom SOAP fame, and two-time Comedian of the Year, Jeff Dunham. When Lynn is not performing for audiences worldwide, she is the managing director for her own family of 5 children and one very patient husband!