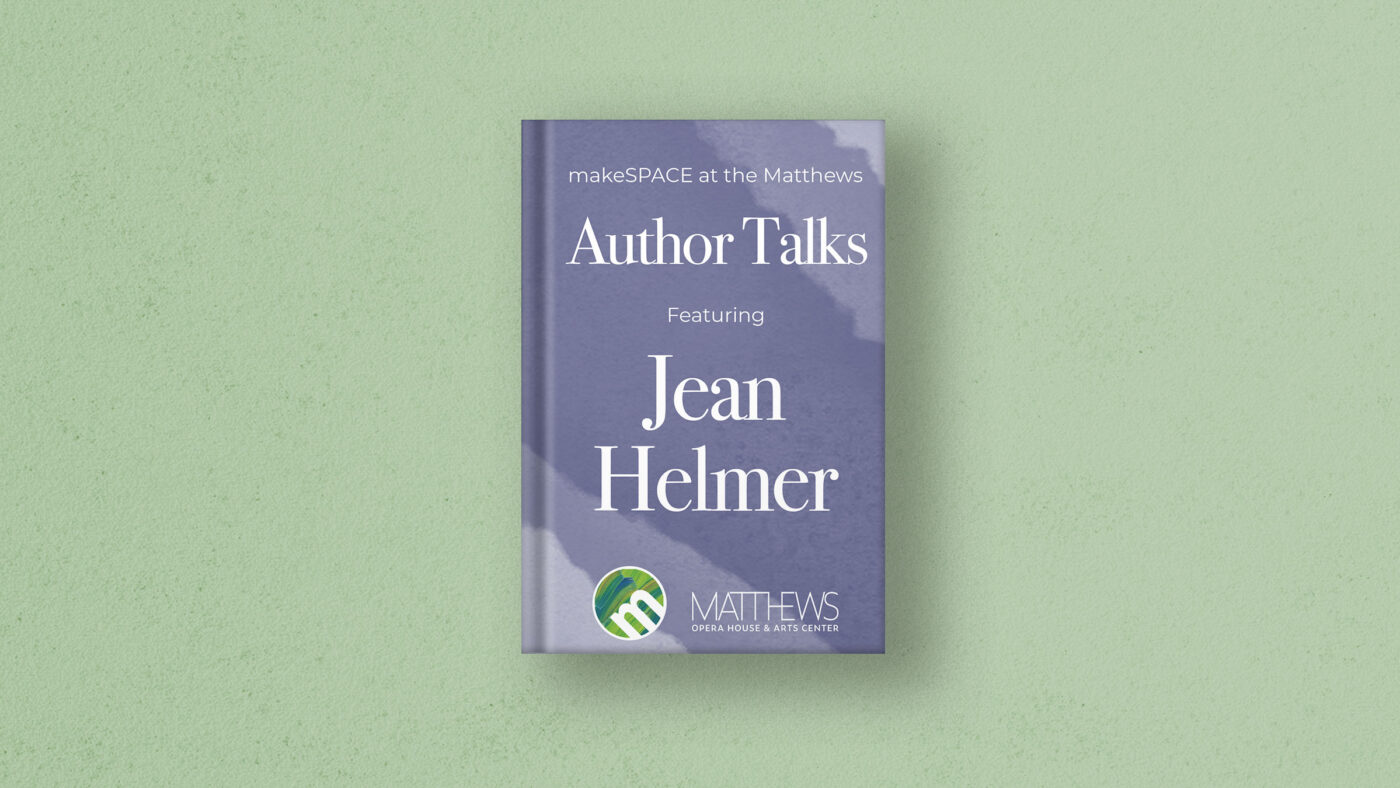 Join us on Tuesday, February 1 at 12:30 pm for our next makeSPACE at the Matthews Author Talk with Jean Helmer. Author Talks will take place in the Matthews Fireplace Room.

Jean Helmer is a 4th generation area resident. She writes flash memoir recalling growing up on a ranch on the SD/WY border. Those were days of idyllic experiences lived against the grim reality of the effects of radioactive contamination caused by above-ground nuclear testing. She also shares tales from her days as a high school teacher and dabbles with poetry. Jean’s household is shared with husband Gary and with two literary pups. The pups are Annie Grabstreak—named for Anne Bradstreet, first poet published in America, and Ginny Woof—namesake of writer/critic Virginia Woolf. Annie and Ginny write doggerel. “It’s a ruff life,” according to these girls. Jean is a member of the Belle Fourche Writers, the Bearlodge Writers, Wyoming Writers, and WyoPoets. Her work has been published in Watershed the WyoPoets 2020 Chapbook, in Pasque Petals, 2019, and in various other anthologies. Jean is a regular contributor to the Belle Fourche Beacon’s Pastor’s Perspective and the St. Martins Oblate Newsletter. 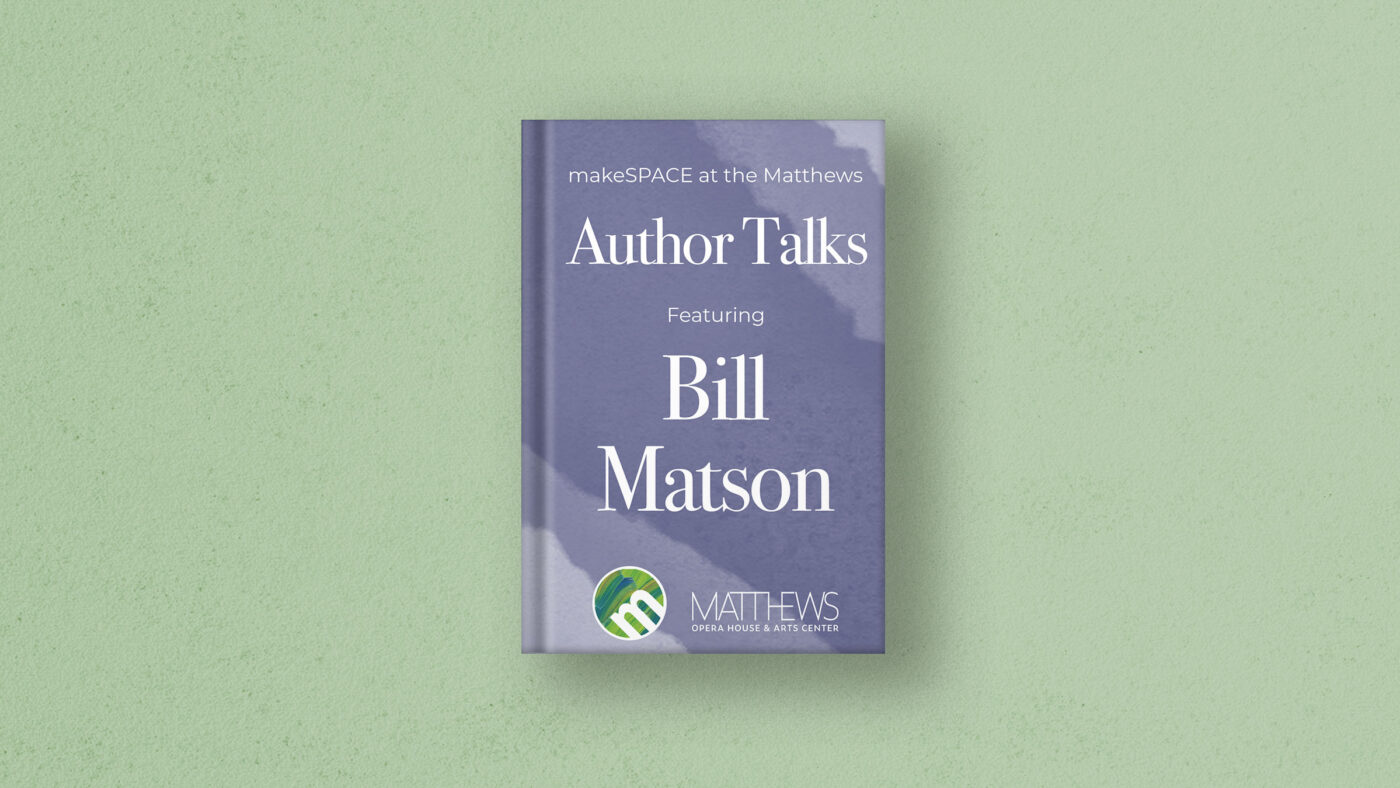 Join us on Tuesday, February 8 at 12:30 pm for our next makeSPACE at the Matthews Author Talk with Bill Matson. Author Talks will take place in the Matthews Fireplace Room.

William Matson is an award winning documentary film maker and acclaimed author of “Crazy Horse the Lakota Warrior’s Life and Legacy”. He is also a Vietnam combat veteran. His most recent book is “In My Father’s Footsteps”, a book about his quest for the truth of the battle of the Little Bighorn requested of him by his father on his father’s deathbed. 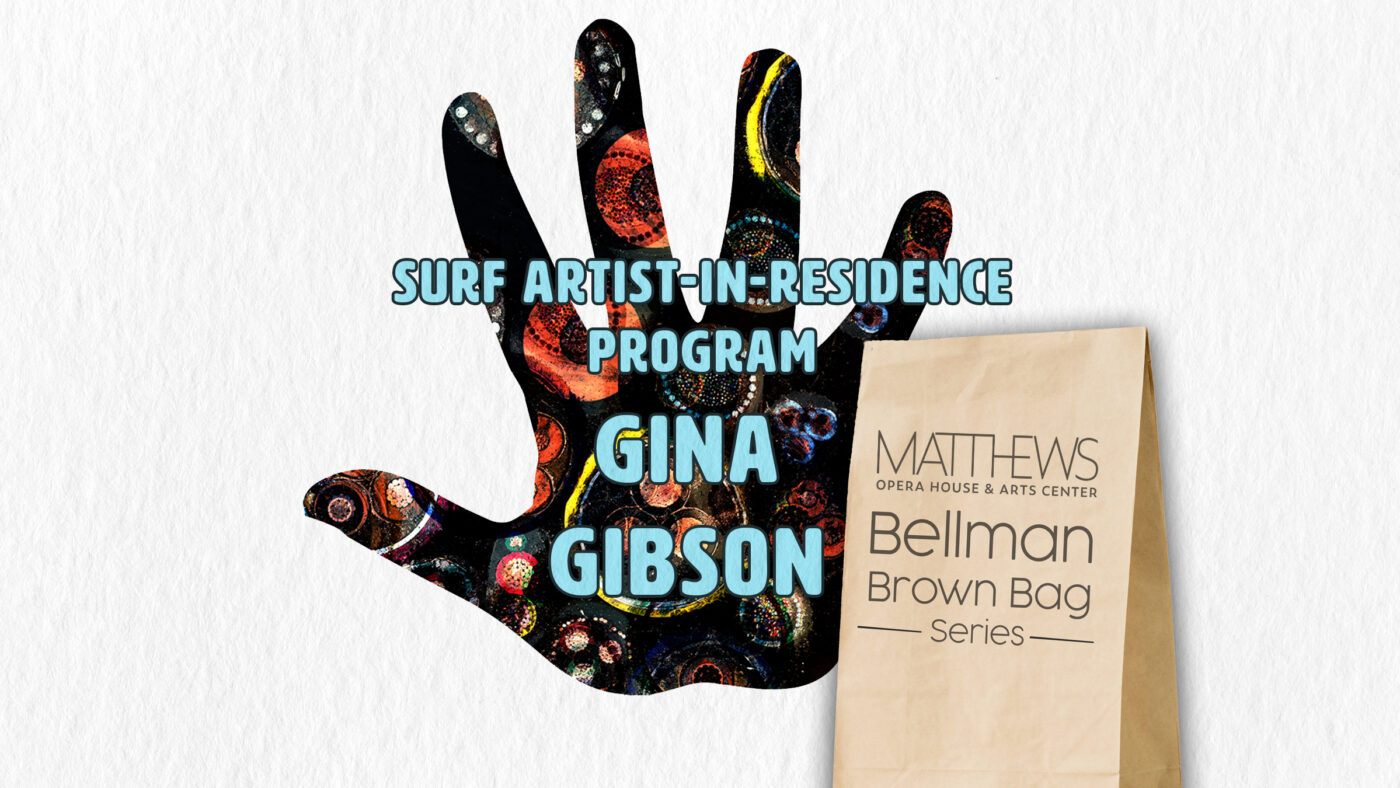 Our February Bellman Brown Bag presentation will feature BHSU Professor Gina Gibson who recently served as the first-ever Artist-in-Residence at the Sanford Underground Research Facility (SURF) in Lead. Gina will share her experience in this role and some of the resulting artwork from her time there. Gina is now the coordinator for the SURF AiR Program. This presentation will take place at noon on Wednesday, February 9 in the Matthews Opera House theatre. Free coffee from Common Grounds will be provided.

About the Bellman Brown Bag Series

The Bellman Brown Bag series is a humanities program designed to explore ideas, history, literature, art and culture. The Brown Bag program was developed by Dr. Stewart Bellman in the 1990’s. Recognizing the Matthews Opera House as an ideal venue for the exploration of humanities topics, he engaged a line-up of speakers to present programs on a range of humanities topics each month.

Dr. Bellman was a professor of English at Black Hills State University, Spearfish, SD. His teaching career spanned thirty years. Bellman retired from BHSU and passed away in November 2002.

Programs are presented on the second Wednesday of each month, noon to 1pm. Designed to begin and end within the lunch hour, patrons are invited to bring their lunch, if desired, or simply enjoy an hour of learning and entertainment.  This is an opportunity to gain insight into themes that touch our daily lives.

Coffee for the Bellman Brown Bag Series is generously provided by Common Grounds in Spearfish, SD. 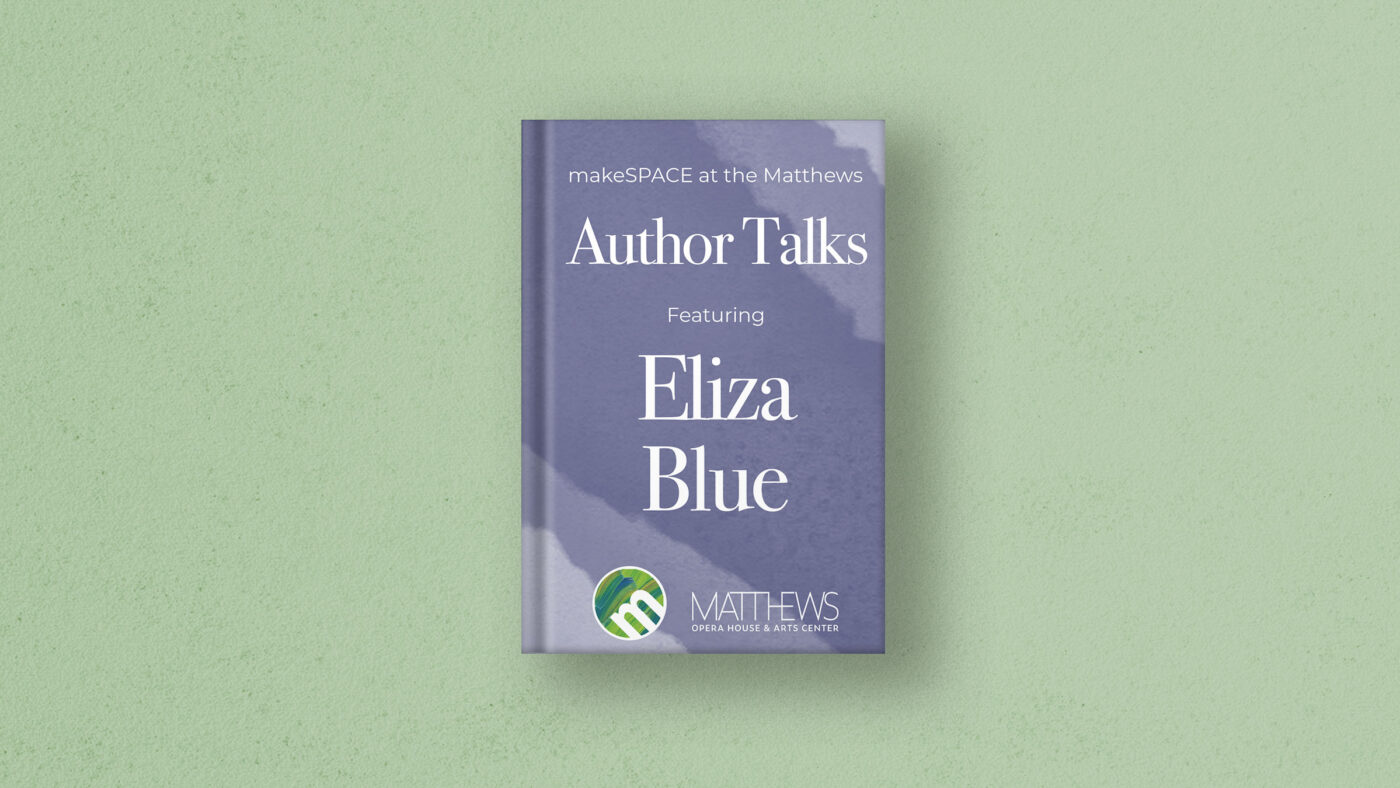 Join us on Tuesday, February 15 at 12:30 pm for our next makeSPACE at the Matthews Author Talk with Eliza Blue. When Eliza Blue first moved to northwestern South Dakota, she didn’t plan on staying long. After all, the singer/songwriter had spent most of her adulthood hopping from place to place. But then she fell in love with a Perkins County rancher — and the land, the wind, the livestock and the giant blue expanse of a West River sky. In her book Accidental Rancher, Blue shares a collection of these writings, bringing a new voice and a musician’s grace to the culture of rural America.

Eliza Blue is a shepherd, folk musician, and writer residing in western South Dakota. She writes a weekly column, Little Pasture on the Prairie, that is carried by 17 different print publications, writes and produces audio “postcards” from her ranch for South Dakota Public Broadcasting and Prairie Public Radio, and just released her first book, Accidental Rancher. Her writing has also been featured in The Guardian and the New York Times, and she is regular columnist for The Daily Yonder, a national publication for and about rural people. Blue’s latest project, an Midwest-Emmy nominated traveling concert series called Wish You Were Here is in its second season on PBS. She also has a weekly show, ‘Live from the Home Farm,’ that broadcasts on social media every Saturday night from her ranch.

In her 15 years as a touring musician, she’s had the opportunity to collaborate with Billy Talbot of the band Crazy Horse, Chuck Suchy, Charlie Parr, and Jami Lynn just to name a few. Other highlights include performances at SXSW, Red Ants Pants, CMJ, and Sioux River Folk Fest and she had a song featured last year on NPR‘s prestigious All Songs Considered’s blog.

After spending years on the road full-time, Blue now lives and works on a cattle and sheep ranch with her husband and their two children. 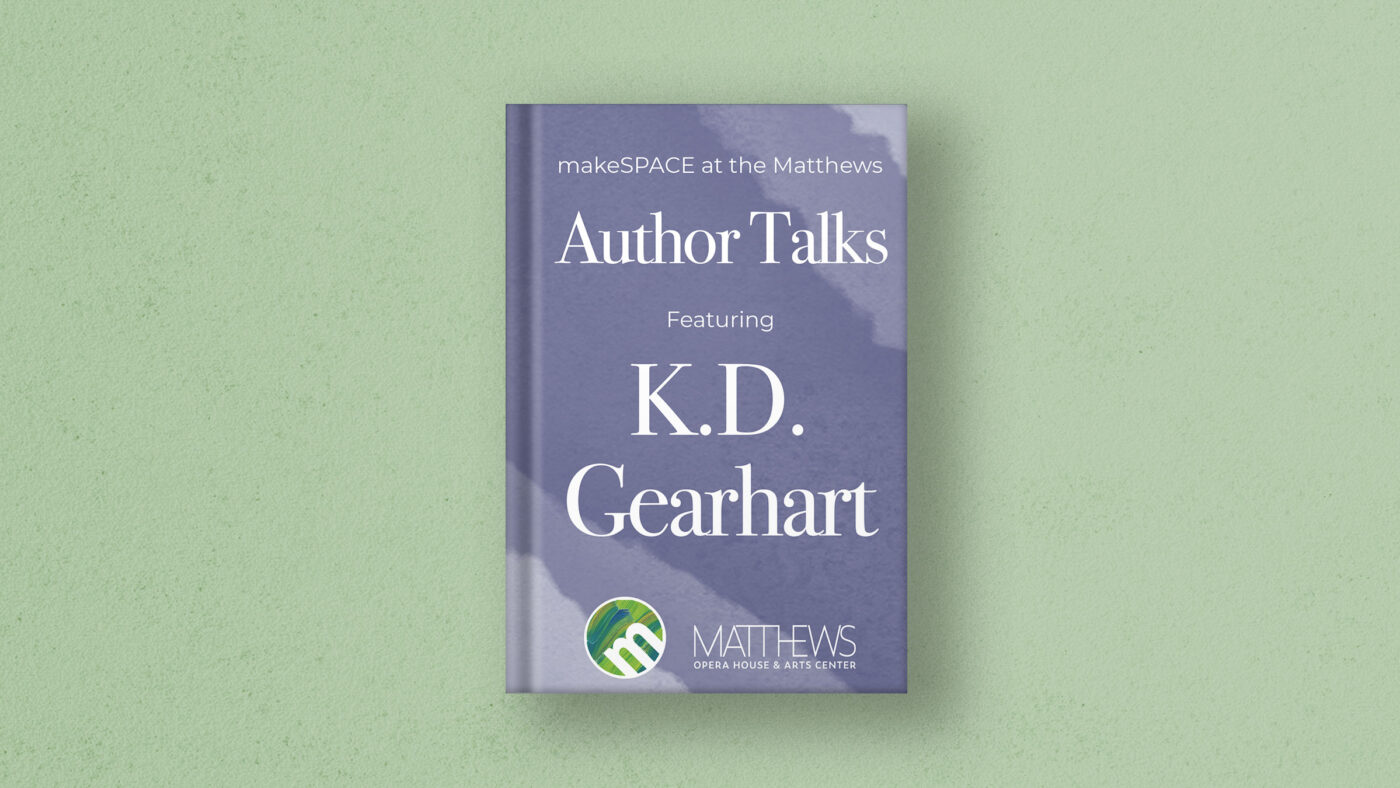 We regret that this week’s Author Talks with suspense writer KD Gearhart on Tuesday, Feb. 22 has been cancelled.
Are you interested in presenting an Author Talk? Contact us at 605-717-6967 or [email protected]

Right in the Eye 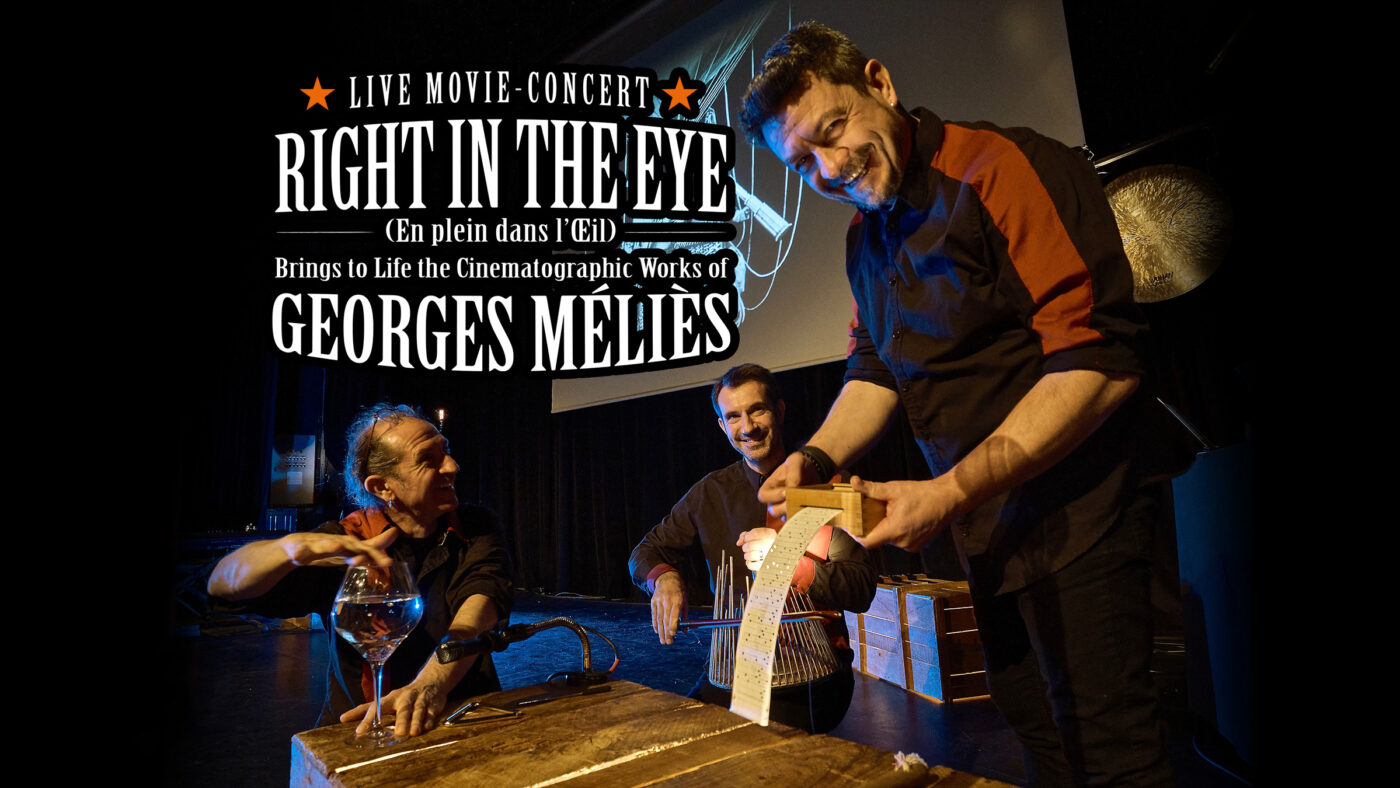 If the imagination were to incarnate, it would not be surprising if it took the form of cinematographer Georges Méliès.

Right in the Eye is a live concert designed as a soundtrack to a montage of silent films by George Méliès (1861 – 1938) considered to be one of the inventors of cinematography.  It is the musical brainchild of Jean-François Alcoléa who has created a magical show where a multi-layered, evocative and intricate score complements and interprets the otherwise silent films.  A trio of virtuoso musicians are almost a show in themselves, as they conjure music from an extraordinary array of instruments: basics like piano, percussion and guitar; fantastic oddities like the aquaphone (ocean harp), theremin and melodica; and mundane objects like stemware, circular saws, and even plastic take-out lids.  The mesmerizing score and panoply of unexpected sound expertly evokes the technical wizardry, hilarity, and stream of invention bequeathed to cinema by Méliès.

“It is at once inventive, elegant, and moving … right to the core!” – Chronique Festival Avignon 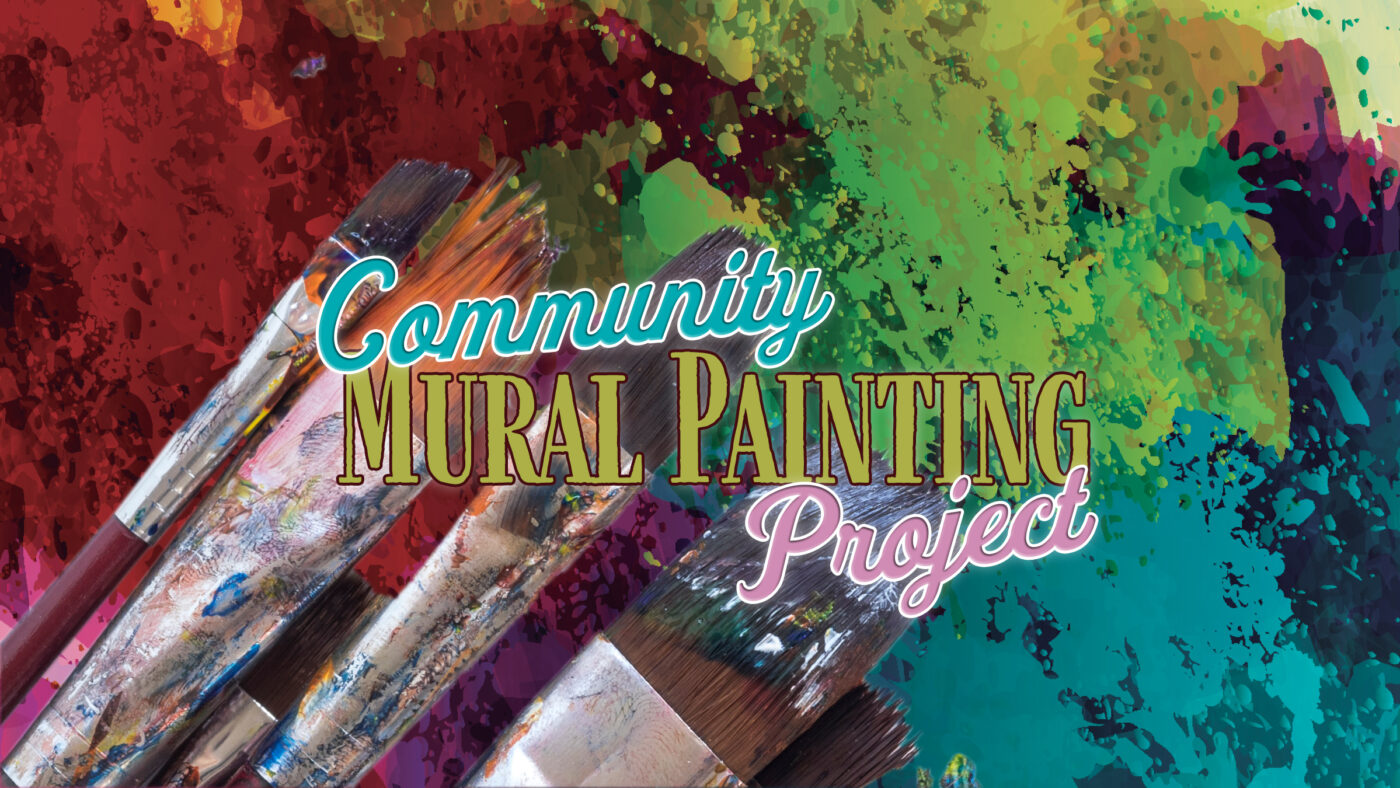 This month, we’re inviting you to lend a hand in the creation of the George Martin Memorial Mural. A public painting session will be held on Saturday, February 26 in the Matthews theater. Sections of the mural will be on display and ready for your brushwork! Come be a part of this larger-than-life, paint-by-numbers mural project.

Be sure to wear clothes that can get a little dirty and join us in the theater from 11 am until 3 pm.

The mural commemorates the legacy of George Martin, a life-long citizen, councilman, and active Spearfish resident. Once completed, it will take its place on the side of the Sears building, facing Old City Hall Square in downtown Spearfish.

The concept and design of the work were developed by BHSU associate professor of art Desy Schoeneweis and a group of university students. It incorporates aspects of Martin’s life and personality with the feel of a game board, with colorful and playful images greeting the viewer at every turn. Roaming across the display are illustrations of the Western Hills Humane Society, the High Plains Western Heritage Center, and the D.C. Booth National Historic Fish Hatchery and Archives, all places that Martin held near and dear to his heart.

We invite you to put on your grubbies and join us for this exciting community project! This event is appropriate for ages three and up.