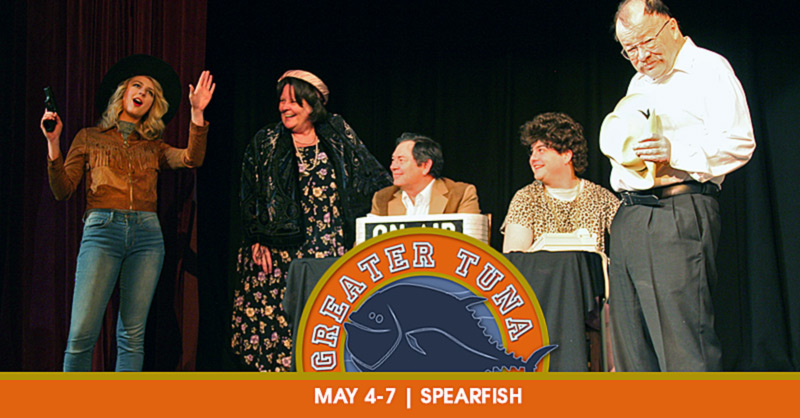 The Matthews community theater will be the place to be for getting your giggle on.

What do Arles Struvie, Thurston Wheelis, Aunt Pearl, Petey Fisk, Phineas Blye, and Rev. Spikes have in common? In this hilarious send-up of small town morals and mores, they are all among the upstanding citizens of Tuna, Texas’ third smallest town.  This concert is the final event in our 2016-17 Subscription Series Season.  The play runs May 4-7, 2017. The Thursday-Saturday performances are at 7:30 p.m. and the Sunday performance is at 2:00 p.m.

BUY TICKETS
Tickets:
$15 for Adults
$5 for Youth and BHSU students

Greater Tuna is the hilarious comedy about Texas’ third-smallest town — where the Lion’s Club is too liberal and Patsy Cline never dies. The eclectic band of citizens (20!) that make up this town is portrayed by only a few performers. Which makes this satire on life in rural America even more delightful as they depict all of the inhabitants of Tuna — men, women, children, and animals.

“Howlingly funny.”-Variety
“The audience all but exploded the theatre with laughter.”– The New York Post
“Hilarious, a tribute to the art of acting” – Washington Post
“Sharp, satiric, & funny” – New Yorker
“A whale of a funny evening”– Houston Post

“Greater Tuna” was first presented Off-Broadway by Karl Allison in association with Bryan Bantry at Circle in the Square in New York City on October 21, 1982. It starred Joe Sears and Jaston Williams and was directed by Ed Howard. 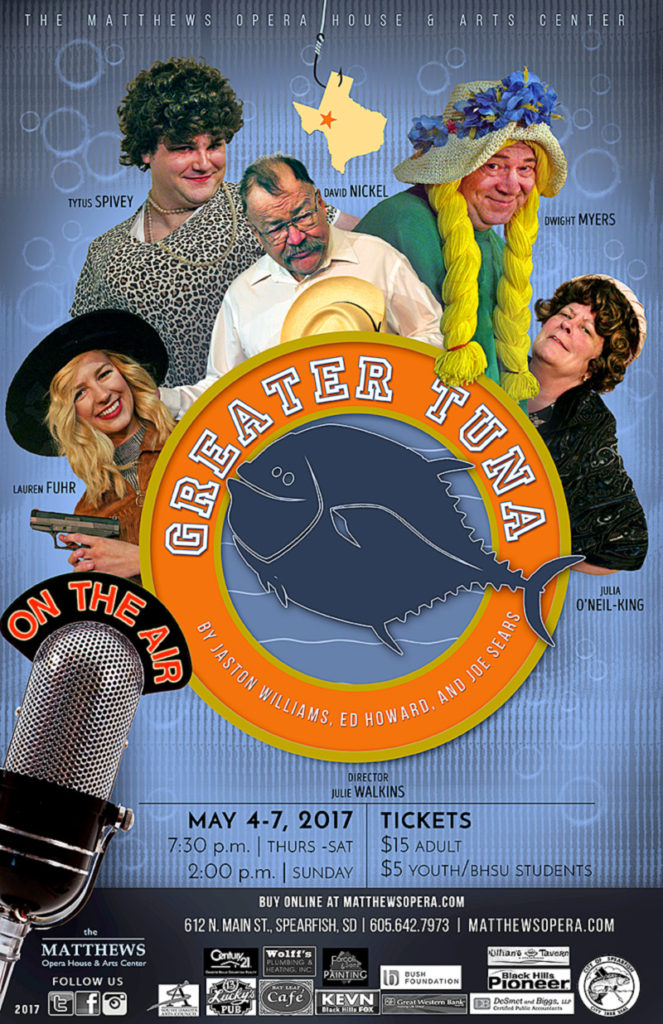