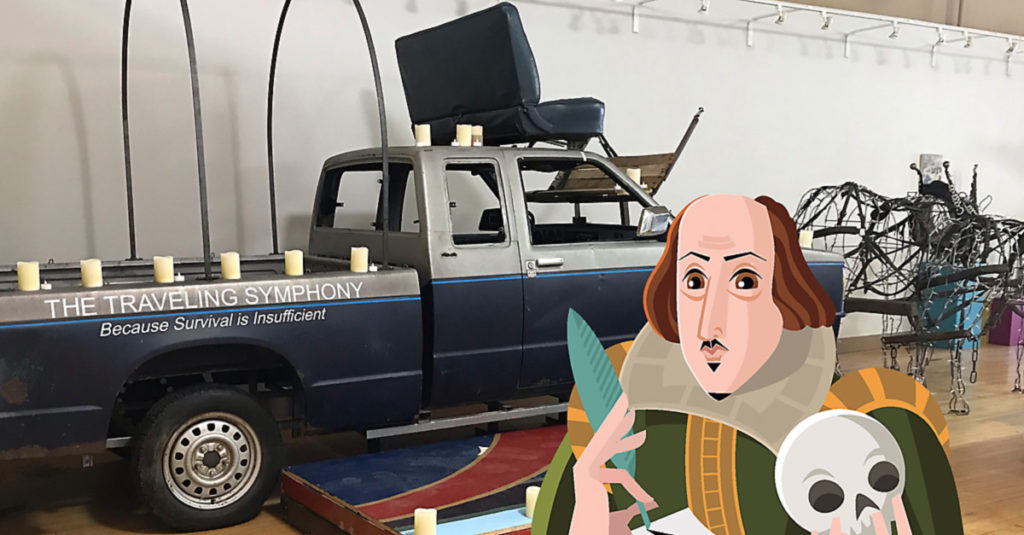 In a salute to Station Eleven by Emily St. John Mandel, as part of the 2019 NEA Big Read Spearfish, The Matthews and the National Players Touring Theater invite you to step into a post-apocalyptic Spearfish and experience theater at its best under candlelight on our own traveling Truck Stage.  The Truck Stage performance will be on Tuesday, March 26 at 7:00 p.m.

Just as the characters in Station Eleven, the National Players will feature Shakespearean sonnets, one-act performances, and a preview of their Twelfth Night show taking place on the Matthews stage two days later.

Tickets are $50 and include 1 drink ticket and light hors d’oeuvres. To keep the fundraiser intimate, only 50 seats are available. Proceeds to benefit The Matthews’ future children’s programming.

“This is the fourth year that we host the National Players. We are honored that they have decided to share in this once in a lifetime performance on our Truck Stage. As fans of Station Eleven, by Emily St. John Mandel, the National Players are thrilled to bring this scene from the novel to life in accordance with the theme ‘survival is insufficient’.” Becky Naccarato Eastburn

(Include 1 drink and hors d’oeuvres)